Breaking Records is What Ludington Does Best! 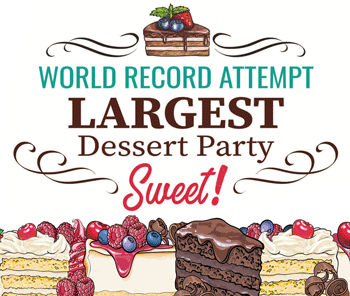 Ludington has always been a home to history but, in the last few years, the community has decided to start making history with annual attempts at breaking world records.

From ice cream sundaes, to sand angels, to biking, and now on to a dessert party; Ludington continues to attempt record-breaking feats!

On June 8th, 2019, the Ludington community gathered once again but this year at Rotary Park and this time to break the record for the Largest Dessert Party ever held. Dessert Party, in this instance, is defined by people eating various desserts all at the same time. Gujarat, India has been the world record holder for this event since October 2nd, 2016 when 1,445 people enjoyed desserts simultaneously.

The desserts included in the Ludington's attempt will be ice cream, frozen yogurt, and cake, cookies, and doughnuts. Ludington did break the record, with 1,558 people consuming desserts simultaneously.

The record-breaking attempts are generally held in conjunction with the "Love Ludington" weekend, which includes numerous other events:

Past World Record Attempts in Ludington

Prior to this attempt, the record was held by THE BDCyclists in Dhaka, Bangladesh. The group's record for longest parade of bicycles is 1,186 and the record for the longest line of bikes in a row not moving is 1,448. The Shoreline Bicycling Club is hoping for 1,600 participants or more to break the Guinness Book Record.

The Foundation for the Spectrum Health Ludington Hospital wanted to break the Guinness Book of World Record for the number of people simultaneously making sand angels and did so on Saturday, June 10th, 2017 at Stearns Park Beach in Ludington. 1,387 people made sand angels and set a new Guinness World Record.

Pembrokeshire, United Kingdom was the previous record holder, having had 352 people participate in June of 2015.

While the event drew thousands of locals and visitors downtown, it was also a fundraiser for the Spectrum Health Ludington Hospital Cancer Service Center Patient Assistance Fund. The event was free and open to the public but donations were encouraged to help raise funds for the fund. 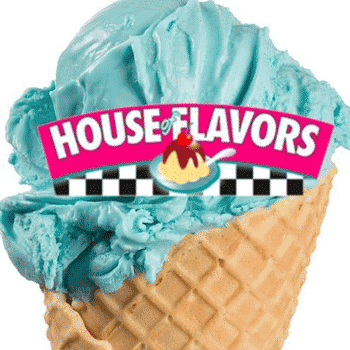 Photo courtesy of House of Flavors

Ludington found a sweet way to break a world record on June 11th, 2016 when House of Flavors Restaurant in downtown Ludington made an attempt break the record for largest ice cream sundae by building a half mile treat. The original plan for the sundae called for it to measure 2,640 feet but the end result was 2,975 feet and ran from Park Street to Harrison Street in downtown Ludington. 855 gallon--amounting to 12,825 scoops of ice cream were used to make the sundae, which was served in a rain gutter and topped with whipped cream, chocolate syrup, and cherries.

The event brought an estimated 12,000 people to downtown Ludington and required a massive amount of volunteers as well as consumers, as the entire sundae had to be eaten.

The Guinness Book of World Records confirmed on October 19th, 2017, that Ludington had secured the world record for longest ice cream sundae. Prior to this, the city of Manurewa, New Zeeland was the record holder for building and consuming an ice cream sundae that measured 1,957 feet in length in February of 2015.

Want to learn more about all things family in West Michigan? Visit Lakeshore Family Guide and "Like" us on Facebook at www.facebook.com/LakeshoreFamilyGuide

For more activities & attractions, check out these additional links for Things to Do in West Michigan:

Ludington Activities & Things to Do -- Play on a beautiful beach, take a tour at Historic White Pine Village, or explore the barn quilt trail, murals or sculptures in the county--Ludington offers many fun things to do for the entire family!
Have Fun in Manistee, Michigan -- Explore Manistee's historic downtown district and riverwalk, hike the Manistee National Forest, canoe on the Manistee River, and more.
Hamlin Lake -- Just 4 miles north of Ludington, Hamlin Lake is a great destination for boating, fishing and climbing dunes! The Hamlin Lake shoreline is also part of the Ludington State Park.
Silver Lake Sand Dunes -- Visiting the Silver Lake Sand Dunes makes for a terrific vacation because you can take your off-road vehicle for a spin on the scenic sand dunes overlooking Lake Michigan and Silver Lake.
Things to Do in Pentwater, Michigan -- Nothing is quite like the quaint, artsy, harbortown village of Pentwater. Don't miss the popular Charles Mears State Park beach on Pentwater's Lake Michigan shoreline.
Lots of Activities in Scottville, Michigan -- Explore the Riverside Park along the National Scenic Pere Marquette River.
Canoeing or Fishing on the Pere Marquette River -- Many boat liveries offer canoe rentals.
Also, check out West Michigan Guides and our locally produced WestMichigan.MichBiz.com directory for our largest lists of Things to Do in West Michigan.